Very mixed bag, in and around the Oscars this week.  At Park City, Utah, the Sundancers had the heaviest kind of pall thrown over their festival when one of the pioneer Indie good guys, Bingham Ray, there as always, suffered a stroke and died at a Provo hospice at 57. 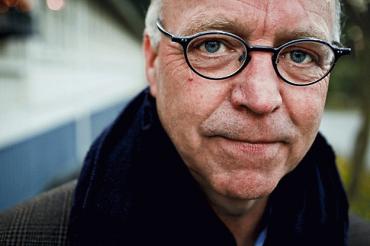 During its too-short life span, October Films, the distribution company founded by Ray and Jeff Lipsky, became an imprint that meant something: singular, distinctive, often groundbreaking films (Remembering fondly and quickly, Breaking the Waves, Secrets and Lies, Career Girls, with the late, magical Katrin Cartlidge, Hilary and Jackie and The Apostle were among them.)

This invaluable mini-portrait of Ray, made by documentarian R.J. Cutler (The War Room) and Paco de Oris in 1996, was just posted over at Deadline.com.  In it, Ray talks about Secrets and Lies, and the impact a possible Oscar nomination might make for its writer-director Mike Leigh, as well as for October Films. Then you get the chance to watch pandemonium in (semi-) high places as the nominations are broadcast.

As I write this, the Screen Actors Guild awards are just over, and The Help took Best Ensemble, with Octavia Spencer Best Supporting Actress and Viola Davis Best Actress.

In the infuriatingly slow ways that these things evolve, in and through film, it might be possible to see a continuum from the humor and bravery Leigh located in his film to those same qualities in The Help.  Possibly. Of course, being the work of Mike Leigh, the young black optometrist of Secrets and Lies (the radiant Marianne Jean-Baptiste) trying to track down her birth mother was independent and upscale.  It was her white mother (Brenda Blethyn, equally unforgettable) who was a scatty factory worker.

The moving ensemble actresses of The Help are, to a woman, saintly when they’re not (god help us) “sassy,” undifferentiated, forgiving and conveniently — because this is a fable of1960s Mississippi — maids. 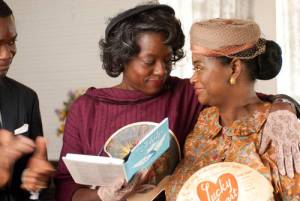 Sorry if my shoulders sag a bit, but if voters want to rally around brilliant, woefully underrepresented actors, couldn’t they be playing three-dimensional characters, in a film that really challenged them? I suppose the response is, be grateful for this. Just be patient. . . . one step at a time.  Riiight.

1 thought on “Losses and Gains”